Green energy: A cornerstone of the Icelandic economy 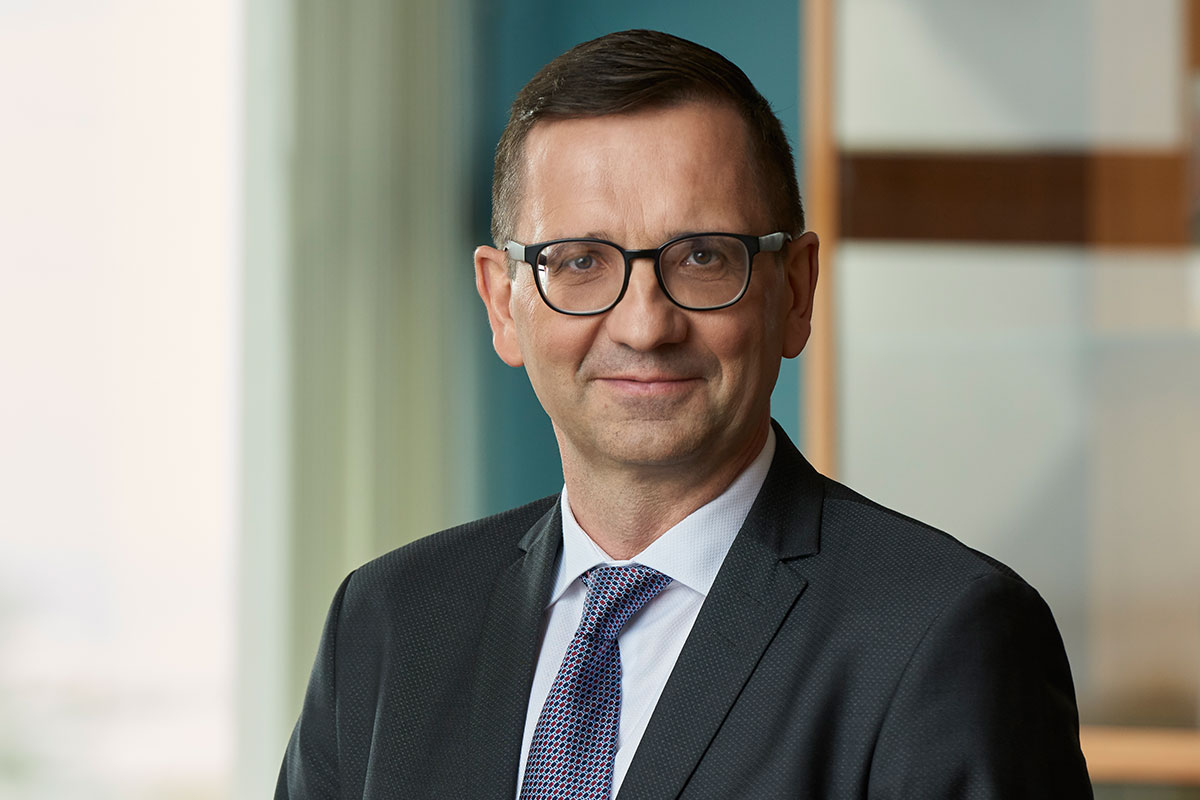 15 Jul Green energy: A cornerstone of the Icelandic economy

Posted at 13:44h in interview by Author Iceland

Hörður Arnarson, CEO, Landsvirkjun, explains how the power company’s ongoing innovation allows it to maximize the sustainable harvest of natural resources and add value to the economy

Iceland has earned itself a reputation as one of the most sustainable countries in the world. But not everybody knows that 100 percent of its energy needs are met by renewable sources or that Iceland is one of the biggest generators of power per capita in the world. As the national power company, Landsvirkjun’s 18 hydroelectric, geothermal and wind facilities generate upwards of 71 percent of Iceland’s total energy, making it one of Europe’s largest renewable energy producers. So, to start this interview, can you give us a snapshot of Iceland’s energy sector and its evolution over the years?

Iceland has quite a unique energy system as all of our electricity is produced from renewables. Many people don’t believe it is possible to have an energy system that is 100-percent focused on renewables but Iceland has proved that it is. Iceland started harnessing renewable energy about 60 years ago to sustain its economy, which had very few industries at the time. We began by creating a quality hydropower system that gives us robust energy storage and flexibility. The government made this move in order to offer favorable energy prices and attract power-intensive industries to Iceland. This made an economic impact on the country, as we managed to attract international companies to relocate to Iceland in the aluminum industry, in data centers and other energy-intensive industries.

After hydro, we moved into geothermal energy development. Geothermal energy is an outstanding resource for heating, which is very important in a cool country like Iceland. Thanks to our geothermal sources, we have low-cost space heating and very affordable energy for people living here. Icelandic households save about $1 billion annually on heating costs. Prices for space heating are much lower than in other Organisation for Economic Co-operation and Development countries, and this really helps living standards in Iceland and saves a lot of foreign currency that we don’t have to spend on imports. That was very useful for our country through the 2008 financial crisis: we had a strong devaluation of the Icelandic krona but the cost of electricity and space heating didn’t increase, and we didn’t have to spend our currency to buy oil and coal to heat our houses.

Today, Iceland is one of the countries that produce the most electricity per capita. About 80 percent of the electricity that we produce is used by power-intensive industries. These international companies have a very positive impact on the country’s economy, providing valuable export income and well paid jobs. The power industry has been valuable in improving the quality of living in Iceland for the inhabitants by creating a lot of jobs that otherwise wouldn’t have been possible. Last but not least, this industry has been helping to combat climate change very significantly. All these energy changes in Iceland were driven by economical considerations—however, on top of that they also helped our climate goals. The energy sector has been one of the cornerstones of the Icelandic economy for the past 50 years.

Currently, 73 percent of the electricity Iceland produces comes from hydropower while 27 percent is from geothermal. Do you foresee this ratio changing in the near future and, if so, in what way? Will other renewable sources such as wind ever fit substantially into the mix?

In the future, wind power generation will gain speed in Iceland. We have excellent wind conditions: we are a very windy country with lots of remote places where we can build wind farms without impacting any community. Going forward, wind will be called upon to play a larger role in Iceland’s energy mix and will be one of the main differentiators for the country. We will continue to produce from hydro and geothermal sources, but wind will be a growing pillar.

You mentioned that energy-intensive industries, particularly aluminum, consume most of the energy In Iceland. What about the rapid development of data centers that has been taking place in Iceland in recent years? How will this impact the landscape of power generation and the distribution of power?

The aluminum and metal smelting industries are some of our major customers in Iceland. However, we welcome additional diversification and indeed host other key industries such as data centers, which are increasingly relocating to Iceland. Iceland offers them favorable conditions for cooling, which is a big issue with data centers as they normally consume a lot of energy to maintain temperature. We have very good conditions for data centers in Iceland and expect growth to continue in this sector.

The metal smelting industry, like the whole production sector, is struggling today in the aftermath of the coronavirus crisis. Therefore, we don’t expect an increase in this industry in the near future. As soon as the sector picks up again, we expect to see a positive impact in Iceland, starting with our current customers, who we hope will eventually increase capacities. Prior to COVID-19, this is what has happened: companies came to Iceland and have since expanded their production capacities by five or six times.

Under your leadership, Landsvirkjun has been committed to innovating new ways to better utilize the country’s resources and has undertaken pivotal research and development (R&D) projects in the areas of hydropower and geothermal. What are some of the company’s biggest R&D projects and areas of innovation that you feel most proud of?

There are many projects that we are working on. We are continuously working on improving how we utilize the system. Indeed, it is complicated to run a 100-percent renewable energy system—we don’t have any fuel backup, which means that we have to rely on understanding nature very thoroughly. We, as a company, need to have in-depth understanding of the impact of climate change, which represents both a huge challenge and opportunities. Unfortunately, climate change is causing the glaciers in Iceland to melt, but this will in turn make it possible for us to increase our production in the next decade.

Understanding the behavior of nature is very important for us and we’re very proud of the work we have done in this area. Operating 100 percent through renewable energy requires a lot of work and expertise. We want to maximize our resources and, at the same time, install a reliable system. We have a lot of fluctuation in the energy system between years because of the way nature operates and this is something that we need to work with.

Landsvirkjun is leader in the sustainable use of renewable energy resources. To what extend are you trying to export and sell your expertise in other markets today?

We have a subsidiary called Landsvirkun Power that is focused on exporting the knowledge that we have built up in our company. In parallel, we are working very closely with engineering companies in Iceland. We outsource a lot of our work and so have produced a lot of expertise within our engineering community. Now we are working toward supporting power companies in different parts of the world.

Could you also tell us about your green hydrogen project that is underway, as well as your project using artificial intelligence (AI) to take real-time measurements?

One of the problems that we’re facing in Iceland is that we are an island, which limits the options we have. For many years, we have been looking at possible projects interconnecting with the U.K. to export energy. We see hydrogen as an interesting option considering all the developments that are taking place in that sector. We think that we can be very competitive producing hydrogen in Iceland and are following developments in this sector closely. We are currently taking the first steps to start using hydrogen internally in Iceland, especially with buses, heavy trucks and ships, but we are also looking at the possibility of exporting green hydrogen in the future.

Our project using AI to take real-time measurements is under way at one of our power stations. It’s an acoustic monitoring system based on machine learning and AI for predictive maintenance. This project has now been running for two years and looks promising—it is a great example of how Landsvirkjun always utilizes the newest technology available.

There have been talks of a strategic Iceland-U.K. interconnector project, which would become Europe’s biggest at over 1,000 kilometers and in which your company has shown a keen interest. Why is this project important?

This is a very interesting project that will enhance energy security both in Iceland and in the U.K. We live on a volcano island and many of our power plants are located close to volcanoes—so we could increase our energy security and our utilization of resources to optimize our system. The U.K. has a lot of wind farms, especially in the north of England and Scotland. What we can offer them is energy when the wind is not blowing because our hydro generation is completely controllable with perfect energy storage that you can just turn on and off—our hydro system offers strong flexibility. We can flatten the peak that they have and help with the fluctuation issue they have, when the wind is not blowing for instance. Possibly, we could also import energy from the U.K. for storage when they have extra energy and deliver it back when needed. I believe this project opens lots of value-creation possibilities for Iceland and can create significant value for the U.K.

Looking toward the future, what are your priorities for Landsvirkjun?

We want to continue to support and facilitate the growth of the Icelandic economy, and to contribute to climate issues, both within Iceland and in the rest of the world. About two-thirds of the world’s carbon dioxide emissions come from using energy, so we want to carry on supporting change in that regard. At the same time, we want to continue to create value for the economy of Iceland and that can be used to support the healthcare and education sectors in Iceland.

To conclude, do you have a final message for our readers?

Iceland and Landvirkjun has shown how sustainable harvesting natural resources can be done: balanced with nature, while creating strong value for the local economy and society as a whole. Sustainability is and will remain our key driver.